skip to main | skip to sidebar

ZESTYWONDERLAND
BRIDGE CITY, TEXAS, United States
Mainc Depressive, 40+ S/W/F from Southeast Texas. I love my family, friends, pets & GOD! I am a Dreamer, A thinker, A Poet, A mother to many! I awake each day asking myself: "What will make me Happy today?" I don't believe in Guilt, Remorse or Regret. If that makes me a Pshycopath~so be it! I live for today, tomorrow & enternity with the GOD/Jesus in Paradise. This life is but a second or two in our enternal lives. It is a vacation, a chance for learning, loving, feeling happiness~joy, pain~heartache & growing spirtually. So sit back & enjoy the show! Remember you will be judge by the standards you judge others! Follow the 10 comandments & when you screw up ~fall down & ask forgiveness from God! Yeah! I am a sinner but JC's got my back. FYI~With all that said........ keep in mind~I am still a Bi~Polar Crazy Woman! Yeah! I have to fall on my knees alot! Marcy Lynn Strahan ZESTYWONDERLAND@GMAIL.COM

I might try every anti-aging product I can get my hands on But I have 1 Big secret! For only $2 a month you can remove even water proof makeup, condition your skin with Vitamin E & even have a layer of anti inflammatory cream to protect your skin! Even on days I use a cleanser ...I still use this before applying anything else! What is my big secret? Care Bears Hypoallergenic Soft Creme Baby Wipes~Yep that's it! A 100count package for $2 ..heck you can even get it cheaper if you buy the multi package at Walgreen's! OH! The best cleanser when money is tight is the Equate Purple Bottle Baby wash. However, using these wipes before applying any other product will make your face clean, soft & with a protective barrier from free radicals! 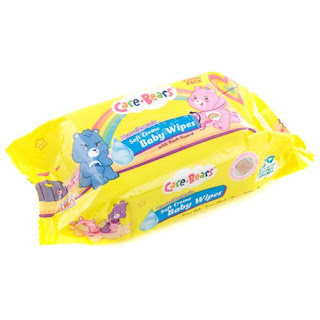 First let me note : take the Survivor Profiler Quiz/test &  get your Survivor IQ, Get your Free unique 10 digit ID code, go to SurvivorProfiler.org. This is all free & really insightful

Now, this is one review I find hard to write. This book was not what I thought it would be...but it IS very riveting! The Survivors Club novel takes you through many steps to becoming a Survivor by real life stories of Survivors. It is very in depth & thought provoking. You will Never be the same once you've read this book! You will be Better, stronger & wiser!
The only complaint ~I can muster is that the author seemed a little A.D.H.D. at times!
You really have to follow closely or you will loose tract. He often starts a point A..goes to x.y.z & then back to B!
For more check out: http://www.thesurvivorsclub.org/about-us/about-the-book

I would suggest you take the Profiler IQ Test too!
My results are: 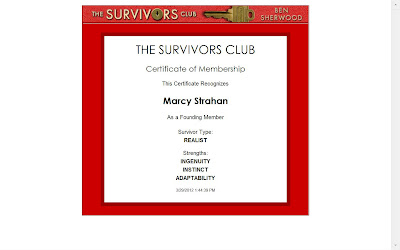 This is just the basic results! Yes, there are detailed pages on my personality from this...I would rather not post. For Me IT  Was 1000% True! 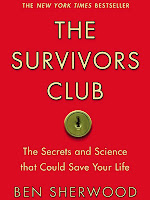 Personally~I have no wish to see "The Hunger Games" ! Considering the level of Bullying, school shootings & the escalation of teen violence in America....I think the "Premise" of this movie is counterproductive to our society. Knowing how Teen & Young adults tend to "Glorify" things the see in the Movies & TV....I find this type of entertainment is like pouring salt in an open wound & not expecting a reaction. We need more "Heart Warming & educational" , movies that "teach" tolerance & other positive messages(Such as Geek Charming). The fact that "The Hunger Games" had record breaking Box Office Opening.......makes one question many things about the "condition" & "morality" of our society.
While Transformers had some violence...it's overall message was about working together to save mankind...and most of all ~{Love thy Neighbor..even if that Neighbor is an Alien life form!}. Transformers was/is a Good VS. Evil..........& Good Prevails. This is what We need more of..don't you think ???? I Do !!!!!!! ♥

My Bottom Line is: We are so worried about Terrorist...yet look how many people have gone to see this movie! A movie which is the equivalent to Brainwashing our youth into becoming like the "Children Of The Corn".  Do you think they kept it PG for the heck of it...NO NO NO!
I read on another blog how a Woman's child was brought to this movie a *GET THIS* field trip! How Wrong is that ??? She manage to go to..only to hear the kids screaming out loud things like, "KILL HIM!" & "SLASH HIS THROAT!".
When Will Americans See that the real terrorism is the Brainwashing Media like this.
Don't even get me started on the Sale of Bath Salts & "Fake Weed" at Gas Stations.
The drugs on our streets, gangs & guns, child exploitation, music that Promotes the Gangster Life.
You think the threat is from overseas...think again...it's here on every street corner & the Media.
You & your children buying products & services from any of those promoting these things~IS where it starts. You Have the power to stop it by ..stopping the cash flow..close your wallets to things that are causing the downfall of our society!

Another reason I am NOT a Sports fan. The latest post-game Riot ~Sickens me beyond Words. This keeps happening OVER & OVER! What is Wrong with these people. Why are they mindless drones lacking in self worth to a point they ~wrap their identity in being a fan? Then act like a pack of Wild dogs wreaking so much havoc & violence??? Why do they want to damage property & harm others ?? All the while.....the sports players & corporations are Making it rich ...laughing all the way to the bank! Once again I state: There is little difference between Current sporting events & the days The  Romans fed Christians to the Lions for entertainment!
(The Movie The Hunger Games promotes this too!) People Wake Up !!!
I predict that someday..maybe 100 or more years from now, if the earth is still here---Sporting events will be Televised. However they will be played in private! No Stadiums..no fans..no crowds!!!
Posted by ZESTYWONDERLAND at 4/02/2012 12:00:00 AM 0 comments

I found this new site with Awesome Beauty Giveaways!
Plus~~lots of info, tips & need to know info .....so anyone can transform into the Beautiful Diva You know You Are!

Must check Out Mina Today!

Everything is either Bigger or better in Texas!
HunnyB's Soy Candles
The clean-burning nature of paraffin-free soy candles made in Texas!
They have quality custom-made, hand-crafted soy candles available in variety of colors, scents, shapes and sizes!
Here's just a few pics to tantalize you: 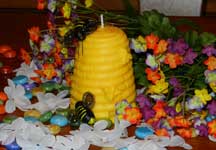 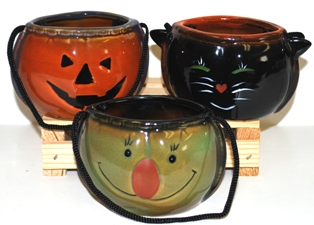 Darling Halloween containers that you can choose which of your favorite scents to fill them. 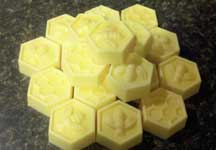 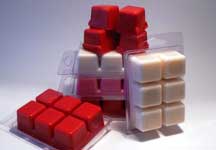 With over 300 scents from A to Z, HunnyB's have an awesome selection of aromas!

Visit & get an early start on your Christmas shopping or Just to Spoil yourself silly!
http://www.hunnybsoycandleco.com/index.shtml

Clearly a Self help book to enable women to love themselves the way they are.
Teaches you to embrace your flaws & how to accent the positive things in your looks & personality!
With alot of "Mantra type"..."I love Myself & I am beautiful in my individuality" ..this book motivates with a helpful splash of Beauty "How Too's" thrown in.
Great book from anyone needing a little Self worth boost...along with helpful guidance in using cosmetics properly!

This is the kind of book~if you found on a coffee table of a trendy Salon or Doctors office:
You would be tempted to steal & take Home.

BOOK REVIEW: Year of The Cock by Alan Wieder

I finished reading "Year Of The Cock".  THIS  time you can tell a book by the cover!


A Jewish film producer/editor in Hollywood leaves his wife for greener pastures.

Well, after two months of Debauchery(booze, drugs, women) & by the 50th page....the Book(His life story) turns into the more smelly stuff you find in those pastures!
The book is a true story about his downward spiral into OCD/nervous Breakdown & most of all "P.E." (his obsession of his Private part being to small).


If you can get past the vulgarness of it(what many would not)...it really shows how an obsessive worry or thought for someone with metal illness can snowball out of control & destroys your life!

The story is a hardcore view into the life of a very successful producer who seemed to have it all! In truth internally he had nothing!

How did it happen? How did he overcome it? What is he doing now?

Read to find out !

This book would be offensive to many. Other's will either see it as funny or a True in look into mental insanity & a man's fight to overcome it. 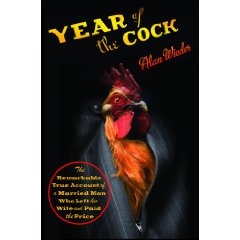 In between the lines you get an inside look at the real Truth behind reality TV shows......since this was his main forte' !

I give it 4 stars ! Though I would warn you it is very detailed & includes page after page of him pulling on his you know what & hating himself.
It is a HARDCORE insight into self loathing. Not a book for the faint of heart! His Reality was so much more complex than the shows  he created!
Posted by ZESTYWONDERLAND at 2/18/2011 10:50:00 AM 0 comments


It was like a mental COLONIC! It was brutal, forceful, uncomfortable, shocking! With wave after wave of trauma & emotion...this book will rip you apart & wipe you out ~yet leave you feeling cleansed. You cannot read this without reflecting on your own... life & awareness of your surroundings! You are forced to think~"OMG! What would I do if..." . A woman is held captive by a Psycho for a year...this is her story told thur her "shrink" visits.

The ending will surprise you like a blow to the face!

Book Review: Sins of the Flesh by Caridad Pineiro Great Paranormal book! I just finished reading it! A bit PG-13 at the most...did not get racy until around page 200 of 303.
Could have been a little more intimate but the story line was supenseful & amazing. The Gene treatment inculdes part lizard & others. She takes on some of the traits of those genes...aka supernatural powers like going Camo & heat vision. Heart wrenching & exciting.

Sins of the Flesh by Caridad Pineiro
November 2009
Grand Central Publishing
When an inoperable brain tumor robs Caterina Shaw of her sight and ability to perform, she turns to a radical gene therapy in order to recover the one thing that makes life bearable - her music. Mercenary Mick Carerra knows what kind of man he was.... People come to him when no one else could handle their problems because Mick either solves them or eliminates them. His current assignment - locate Caterina Shaw, the woman suspected of murdering of a scientist at a high tech biomedical facility. But Caterina is not your typical murderer. In fact, Mick’s not even sure Caterina is even human. Together, Mick and Caterina must not only solve the murder, but fight a battle to recover Caterina’s humanity.